This week marks the 111th anniversary since BSA started production of their first motorcycles: the 3.5HP models. Being new to the classic motorbike world, this was the perfect opportunity for me to look at the history of BSA and some of their motorbikes. So, with the help of our managing director Jon (a BSA enthusiast), several different books and the 1911 edition of The Motor Cycle magazine, I am writing this article for you to enjoy.

​Please note: Due to its long history and the amount of models BSA have produced over the years, and my limited knowledge of BSA, this article will try its best to mention majority of the BSA’s motorbikes.

The first BSA motorcycle was the 3.5HP, first presented to the public at the 1910 Olympia Show. A year later, the company introduced their 3.5HP Tourist Trophy model with the new two-speed gear and hub clutch. The Motor Cycle published illustrations of the hub clutch, and you can see them below:

After the T.T model, BSA produced 3.5HP models A, B, C, D, E, H and K. Over the next few years, the company made multiple racing motorcycles, took part in several races and ventured into the car-making department. Over the years, BSA produced a range of single-cylinder models, majority of which were highly popular with the public, allowing BSA to build a great reputation and get a foothold in the industry.

During the war, BSA focused their efforts on the war. The company produced arms, ammunition and vehicles, including the M20 motorcycles and paratroopers' bicycles.

As the war came to an end, BSA revived its production of commercial motorcycles. Its 1945 post-war range included the new 348cc ohv B31 model featuring the telescopic front fork. 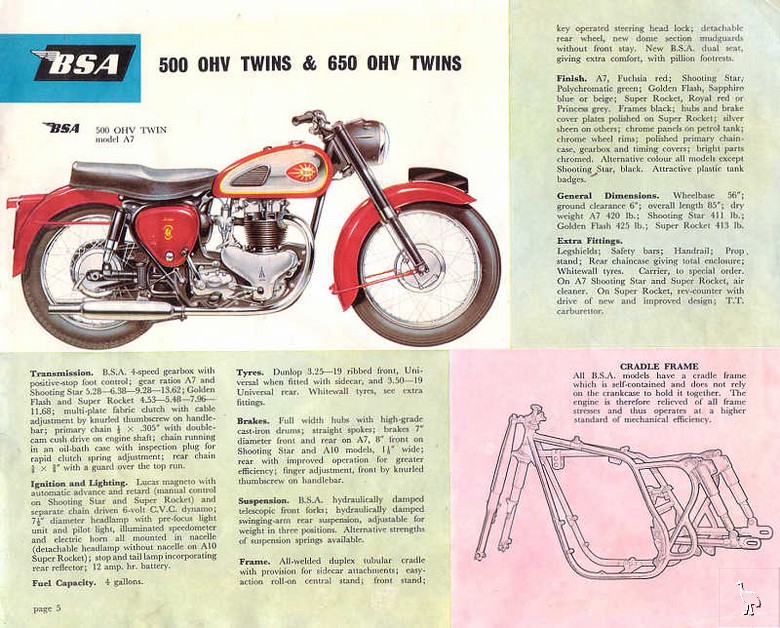 The A7 was BSA's first parallel twin and featured a new engine and gearbox layout, where the crankcase and the gearbox were bolted to one another. The A7's gearbox had been completely redesigned from the earlier gearboxes used in BSA singles.

The A7 included cast-iron cylinders and head, along with wide exhaust ports and the rear pushrod tunnel. The A7 was also introduced as the Star Twin, with BSA's first "plunger" rear suspension. The 1950 models are the earliest models SRM works on from the BSA range.

Following the A7, BSA's Bert Hopwood designed the 650 A10 models, which looked similar to the A7. The new A10 had vertically split aluminium crankcases with a semi-unit four-speed gearbox, just like the A7. And while the two models shared some similarities, almost everything else was different.

Soon later (1953), Hopwood designed the A10 Super Flash, aiming at the American market. The bike was very well received and even named "Motor of the month" by American Motorcycling. The following year Road Rocket, the first A10 with an alloy cylinder head, took the top spot of the BSA range. A significant development for these models was the adoption of the swinging arm frame. BSA redesigned the engine and the gearbox to fit these modifications. 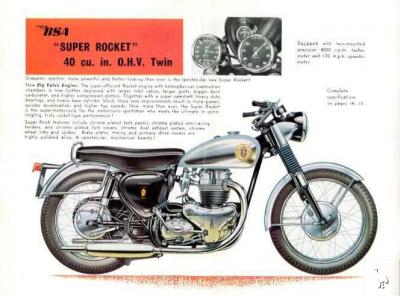 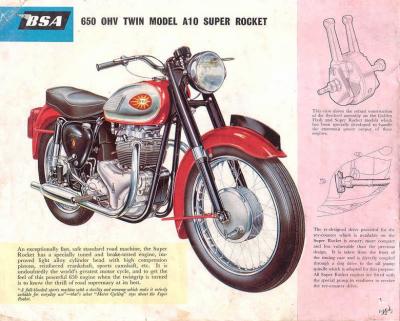 The Rocket Gold Star had a Super Rocket engine fit in a Gold Star frame. Originally built as a custom hybrid, BSA put the Rocket Gold Star into limited production with options such as Amal GP2 carburettor and Siamesed exhaust pipes, which could increase power to 50bhp. 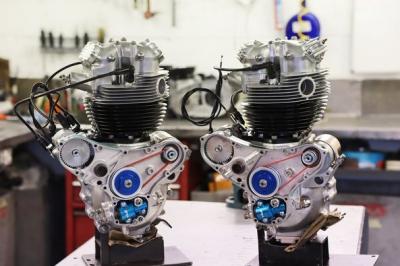 Over this time, BSA had also worked on their B and M models, releasing the revised B31, M20, M33 and M24 - the Gold Stars with all-alloy engine and gearbox castings. The Gold Star became a massive hit in America, where BSA took the first five places in the Daytona 200-mile race in 1954.

In 1954, the A7 Shooting Star was introduced, with a new swinging arm frame and new camshaft, and higher compression. In addition, the motorbike had an alloy cylinder head, as opposed to iron found in earlier A7's, twin carburettors and more significant front brakes. 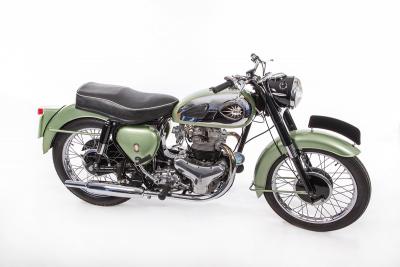 A7 Shooting Star, with its engine rebuilt by SRM

Having celebrated its 100th Birthday, BSA went on to modernize both their singles and the twins.

The company produced the A50 Star, also known as the Royal Star, and the A65 during the 1960s. Both motorbikes had alloy heads and single carburettors. The significant difference between the two was the single leading shoe brake - 8 inches on the A65 and 7 on the A50.

One of the last motorbikes produced by BSA was the Rocket Three. I will continue the stories of the A50, A65 and the Road Rocket in another article. 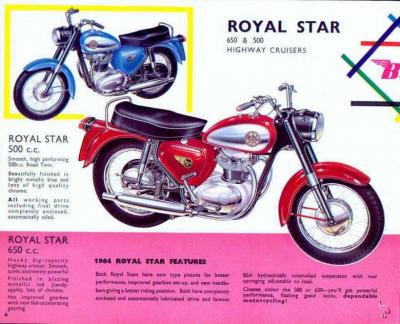 Soon after, the company’s financial situation led to department closures, with final closure in 1973.

Even though the company has been closed for almost 50 years, the bikes and their history continues to run through our SRM workshop and engineers, as well as the bikes’ enthusiastic owners. 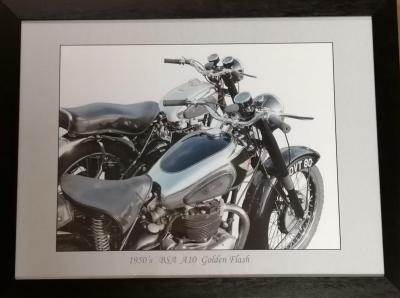 A photograph of a 1950’s BSA Golden Flash owned by SRM managing director Jon’s grandfather (front) and a 1953 Super Flash (back). 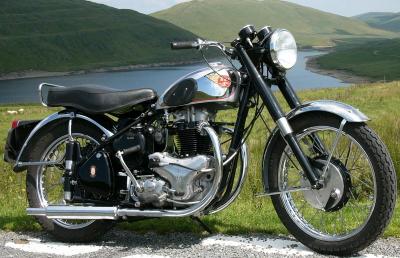